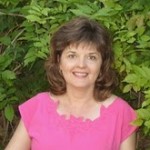 In 2010, Kathy Lollar retired after a thirty-year career in public school music education.  She received her education locally by attending Permian High School and Odessa College.  She earned her degrees from The University of Texas of the Permian Basin (B.A. in Music Education; M.A. in Elementary Education.)  During her career with the Ector County Independent School District, she taught music at Gonzales Elementary and choir at Permian High School, Hood Junior High School and Nimitz Junior High School (all in Odessa, Texas.)  For Kathy, retirement from public school certainly did not mean retirement from music education.  Kathy’s goal was to offer West Texas children a place to express their musical creativity without the constraints placed upon them in the public school setting.  Additionally, Kathy wanted to give local music educators the opportunity to teach children according to their own special needs and abilities.  Her professional dreams came true when her husband, Steve, enabled her to open West Texas Music Academy.  WTMA opened in May of 2011 and it has been a joy for the Lollars. 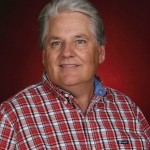 (Bio written by Ms. Kathy.)  Let me tell you about my husband, Steve.  A man of many talents, he is an amazing singer and artist.  During our 45 year marriage, Steve has walked beside me every step of the way helping to make my dreams become reality.  In 1996, Steve’s dream of a college education became a reality when he earned the Associate of Arts Degree from Odessa College.  While I spend my time teaching students at West Texas Music Academy, Steve Lollar fulfills the duties of business manager.  Making my dreams come true yet again, Steve takes care of financial matters, new student interviews, and all the business and logistical aspects of the Academy.  If you’ve ever been to WTMA, you will know that Steve is the happy greeter at the door and he will make you feel like the most important person in the world.  Because of his lifetime of management experience, West Texas Music Academy has become a reality. 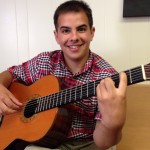 Connor Leggett graduated from Midland Classical Academy in 2010. Throughout his grade school and high school years, Connor studied both guitar and piano.   He went on to Texas Tech University where he earned his Bachelor of Music in Music Education Degree in December 2014.  Connor has served as a guitar teacher at Ector Middle School in Odessa.  In addition to his teaching, Connor serves as guitarist and music assistant at the Christian Church of Midland. 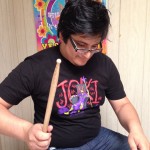 Josh Tucker was a highly acclaimed member of the Permian High School band and drum line.  The recent graduate now attends The University of Texas of the Permian Basin where he pursues a degree in psychology.  When WTMA was in search of a drum teacher, Permian High School’s band directors had nothing but praise for Josh and gave him the highest recommendations.  We have not been disappointed.  Josh teaches students the rudiments of rhythm and the basics of percussion technique.  Students in Josh’s studio will have a great advantage when it comes time to audition for the drumline at their school.  If you see a guy walking around WTMA with a pair of drum sticks, that would be Josh.  When it comes to teaching percussion, Josh Tucker never misses a beat

Renee Pelopero has played both the violin and piano for over a decade.  Born in the Philippines, Renee moved to Odessa at a young age.  The product of Ector County ISD schools, she played in the orchestras at Bonham Jr. High School and Permian High School.  During her school years, she performed with the Permian Satin Strings Ensemble and the Odessa Music Teachers Association Piano Ensembles.  Renee is currently working to complete her Music Education degree at the University of Texas of the Permian Basin.  At the university level, she has served as the UTPB Orchestra’s Principal Second and Concertmaster.  She currently studies piano with Dr. Young Llerena and provides piano accompaniment for instrumentalists and vocalists.  We are thrilled to welcome Miss Pelopero to our WTMA staff. 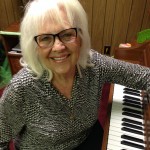 Nancy Mitchell is a long time Odessan.  The Odessa High School graduate studied piano locally with Mrs. Dorothy Billingsley.  She earned her degree in piano performance from Abilene Christian University under the tutelage of Dr. Leonard Burford.  While attending ACU, she performed solo piano recitals both her Junior and Senior years.  She was also active in the Acapella Choir and has always loved all things musical.  Nancy began student teaching her Junior year, and she continued after graduation.  She began teaching piano lessons in 1964 in Odessa.

Mrs. Mitchell became familiar with the group teaching method of Dr. Robert Pace in approximately 1968 when the famed piano pedagogue presented a clinic for Odessa piano teachers.  The group teaching concept appealed to Nancy and soon thereafter, she traveled to New York City to study with Dr. Pace.  Her training in NYC resulted in graduate credit at Columbia University Teachers College.  While there, she also had the privilege of studying jazz improvisation with Dr. Bert Konowitz, and soon began to apply those concepts to her lessons.  In 1972, Nancy returned to New York for further training with Dr. Pace.  She earned qualification to train other teachers in the method.  She conducted classes for teachers all over Texas while maintaining a large studio of students in Odessa.

During this time, Nancy incorporated a concept that was new at the time, “Music for Moppets” written by Helen Pace.  This is an introduction to piano method for very young children, ages 3 – 5.  Nancy has always had a special fondness for teaching children of this age.  For older beginners, Nancy offers pairs and group lessons utilizing the Robert Pace method.

Nancy taught piano lessons in Odessa from 1964 until 1990.  At that time, she took a break from teaching to pursue other interests.  As of late, Nancy has missed working with children and is ready to return to piano teaching.  We are very glad that she chose to share her talents with the students at WTMA. 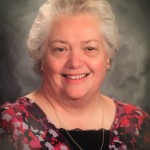 Odessa native, Melody Drinkard, is a graduate of The University of Texas Of the Permian Basin.  Melody recently retired from Ector County ISD after a successful career as elementary music and keyboard teacher at several Odessa schools.  She is available to teach private lessons in piano at WTMA.  Melody enjoys traveling and spending time with her two grandbabies. 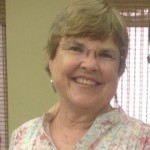 Linda Loudenback has taught elementary students in general music and piano for many years.  Recently retired from Ector County ISD, she now teaches piano part-time.  Linda has raised sons and daughters who are active in the music world.  When she is not teaching, she enjoys her grandchildren.

Alyssa Guerra is the Music Director at Connection Christian Church of Odessa, Texas where she has the joy of leading the worship band and choir.  In her five year tenure as a middle school public school choral director, her choirs earned Sweepstakes trophies and UIL Concert and Sight-Reading Evaluation and have been named Best In Class at the Greater Southwest Music Festival.  Singers under Alyssa’s direction have earned spots in the TMEA Middle School – All State Choir.  As a conductor-teacher, Ms. Guerra has presented sessions to colleagues at the National Association for Music Education and the Texas Choral Directors Association Conferences.  As a soloist, Alyssa has enjoyed singing in Orchestra Hall in Chicago, and placed third in the Texoma National Association of Teachers of Singing Competition.  She has taught private voice to students of all ages in Lubbock and Odessa.  Alyssa enjoys spending time with her fiancé, his children, and her dog, Talula.

Beau Roland is a native of Odessa and is a graduate of The University of Texas of the Permian Basin where he earned his bachelor’s degree in Music Education.  Growing up in Odessa, Beau sang in the choirs at Nimitz Jr. High School and Permian High School.  He earned All-Region Choir honors and sang with the Black Magic vocal ensemble while studying voice with Kathy Lollar.  As a music student at UTPB, he studied voice with David Corman.  He performed with the University Choir, Ensemble Choir, Men’s Choir, the Vocal Jazz Ensemble, and the barbershop quartet.  Additionally, he sang vocals with the jazz band, BAJ.  During his college years, he also studied piano and guitar.  Beau enjoys performing in musical theater, playing piano and guitar, and spending family time with his partner, Odalys, and their infant son, Lennon.  Beau, the Lollars are thrilled to have you back at WTMA, first as a student, and now as a teacher.